The Hashemite Royal Family has a long standing record of involvement in youth programs and education in the Kingdom. His Royal Highness Crown Prince Al Hussein follows in the Hashemite footsteps by establishing contact with and building a relationship with NASA Ames, Moffett Field, California, to afford Jordanian youth with a rare opportunity to become interns at the prodigious agency.

The collaboration between Jordan and NASA encompasses internships for Jordanians interested in pursuing a career in technology as well as a joint NASA/Jordanian team collaborating on building and programming a Nano satellite such as a Cubesat. This initiative seeks to inspire young Jordanian engineers, and provides a great boost to their careers as well as opportunities for further academic training. It also supports Jordan’s efforts at building a cadre of highly qualified professionals in the technology and research sectors.

In March 2014, Dr. Pete Worden the Director of NASA Ames Research Center in California and Dr. Belgacem Jaroux, Associate Director for Engineering at NASA Ames visited HRH Crown Prince Al Hussein’s office for a meeting with University Deans in which Jordanian university students presented their innovations to the NASA delegation.  Grade eleven and twelve students of many schools were treated to a lecture by Dr. Worden on the topic entitled “The Future of Exploration of Our Solar System” 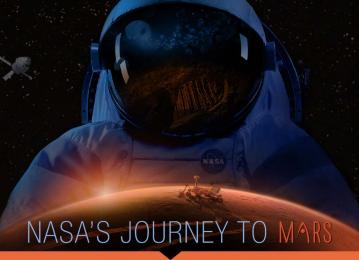 The Journey to Mars